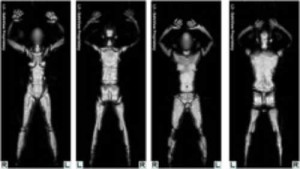 Last year there was a huge public outcry about the activities of the NSA and its clandestine surveillance program called PRISM. Fuelled by leaks from Edward Snowden, news outlets including The Guardian reported that internet communication was being passed, intercepted, collected and stored on a mind bendingly industrial scale. Virtually every household name in consumer tech was implicated as being active participants, from Microsoft to Google, to Yahoo, Apple, Facebook, Skype and AOL.

Two things struck me about the worlds reaction to it, and what it means to privacy and transparency.

Firstly, why is anyone surprised? Isn’t the very concept of government initiated intelligence at home and abroad based on the idea of covert snooping being sold to us on the basis of protecting our security and ‘freedom’. And the nature of the work means it might have to be done in the shadows, in secrecy, pushing the boundaries of what we might consider to be acceptable in normal society. We even celebrate the concept on screen from Bond to Bourne, cheering along as long as they are on ‘our side’. Is it any wonder that fact might mirror fiction and that surveillance methods are being retooled for the digital age?

The second thing that strikes me is what exactly are people getting upset about?  It seems to revolve around the double sided coin of transparency and privacy.

The political right, government and the intelligence community seem to be upset that its methods are being made more transparent and less private, thus endangering their supposed higher security purpose.

And everyone else seems to be celebrating the transparency bought about by the whistle blower in exposing the security agencies methods, but are very concerned over the privacy implications of the methods that are being exposed.

The question that poses is can you demand privacy and transparency at the same time? Can the two coexist?

Newer models of business and society demand transparency.  So the argument goes, if you reveal everything, you’re left with nothing to hide and your energy can be directed towards what’s important, based on a foundation of truth and trust.

This is the world of Freedom of Information, online reviews, open source, social media, and Wikileaks.  If we demand this of our governments and the companies that serve us, why are we drawing the line at our own privacy? What have we got to hide?

Maybe this is web/social media 3.0! 2.0 is us telling the world through our social media channels and networks the version of ourselves and the world we want to share. Carefully editing and curating ourselves, hiding or deleting the bits we might not be so keen to share when we are out of view.

And for those horrified by the prospect, remember the truth is you’re are already doing it in some fashion. If you use pretty much use any online tool from a website to Google, to Facebook, the unwritten contract is that you are giving up some information about yourself in return for something useful.

If you are prepared to voluntarily enter into this kind of arrangement with some faceless corporation, why wouldn’t you be prepared to do this for your fellow man?